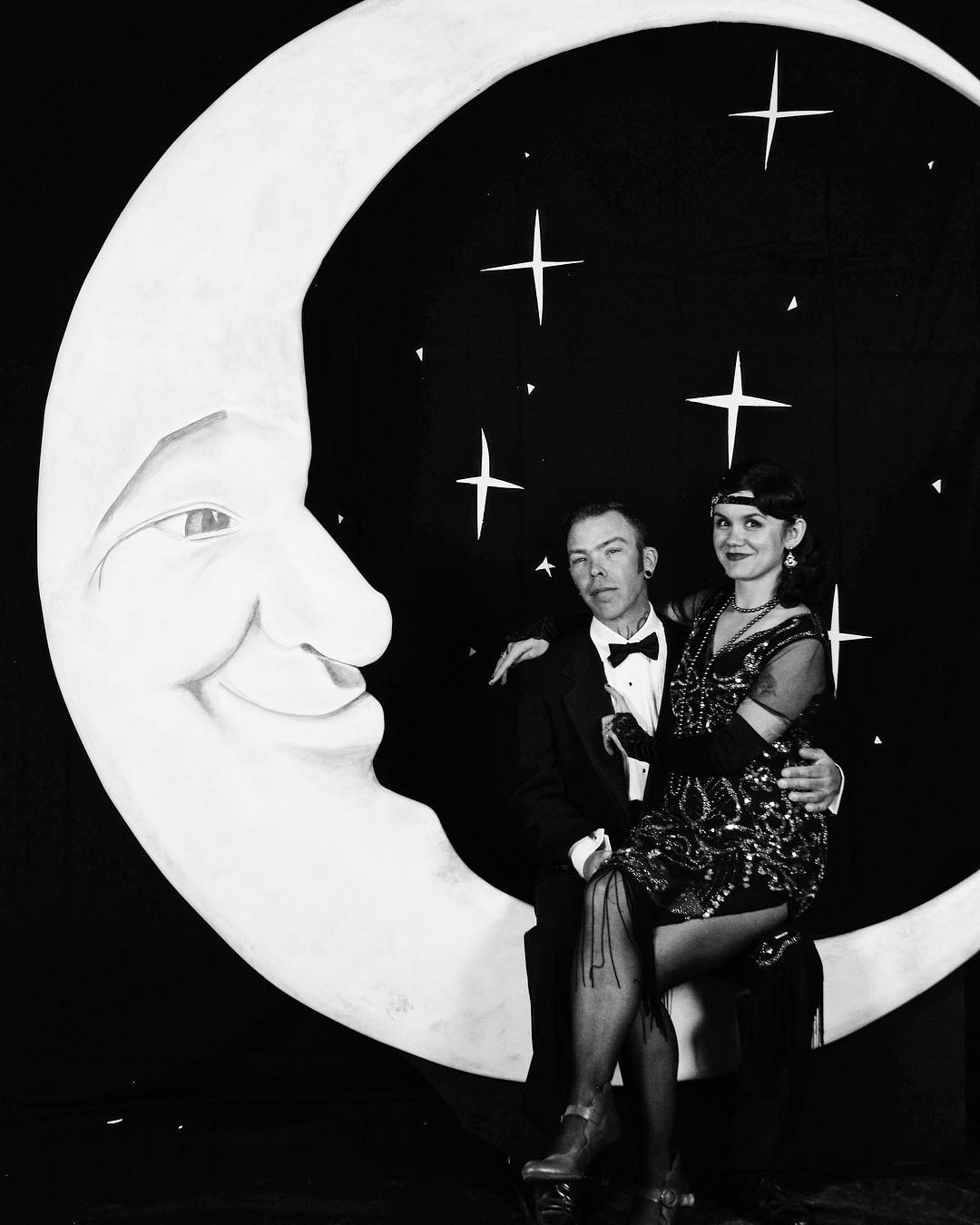 I always wanted my photo taken on a paper moon. So when my bro-in-law Blue Haas and partner-in-crime, Chenni Hammon, thought we should do a Prohibition-themed fundraiser for the Pagosa Peak Open School, I demanded that a paper moon be made (that my other bro-in-lawJeffry Haas executed). While it was one of the most popular features for the event, there was so much more that made it a roaring success. Thank you to everyone who came out to help support the charter school, or maybe just came out to dance to the blues. It was one of the most fabulous things I’ve ever organized! And I still can’t fathom how we were able to wrangle up enough support from all the dozen of volunteers that made such a crazy party possible… and the incredible band that played for dirt cheap, including the screamingly talented Faith Evangeline, Dc Dave Duncan, and Blue Haas, and those that sang/played for nothing including Chris Haas, Kathy Keyes, and Dale Scrivener.